A high-profile Asian-Australian advertising guru says many other women hate shopping in person because staff are either sexist or racist.

Karen Ferry, who is half Chinese and half European, told the ABC’s Gruen program on Wednesday night: ‘Shopping sucks, it’s not great.

The advertising copywriter said shopping was great for many consumers but not everyone.

‘There are a lot of occasions, for a lot of people, where it’s not,’ she said.

‘Like, for example when I went to New York and I went to a department store and a boutique, in all the stores, I was followed by security because they saw and me they were like, “You’re not white. You must shoplift”.’

An Asian advertising director has revealed she avoids shopping at boutique stores because she fears racist security guards will pick on her. Karen Ferry, who is half Chinese and half white, recalled being followed in the United States when she went to a mall

‘For a lot of people who experience racial profiling or age and gender discrimination, or have a disability, being patronised by a sales assistant or other customers is a reason why you choose online shopping,’ she said.

Ferry, a cultural commentator who regularly appears on the ABC and Ten’s The Project, said many women now preferred buying a car online than visiting a dealership only to encounter a sexist salesman.

‘You look at something like car sales, they’re all moving online because women will research the car, pick their car, select their car, book in a test drive, and buy it online because they do not want to deal with a car salesman asking where their husband is,’ she said. 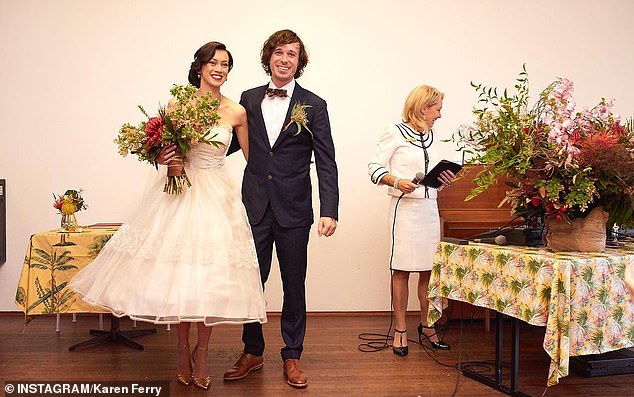 ‘You make it really tough for me to say how much I love shopping,’ he said, evoking laughter from the panel.

Gruen host Wil Anderson finished the discussion with a joke about being a white man, cutting off female panellist Christina Aventi, an executive with advertising agency BMF Australia.

‘As one of the disenfranchised groups: a white, straight, rich man, it must be very tough for you out there, Russ,’ the comedian said.

Only the male panellists, who are both white, offered any response to Ferry’s observations in the final cut of the program. 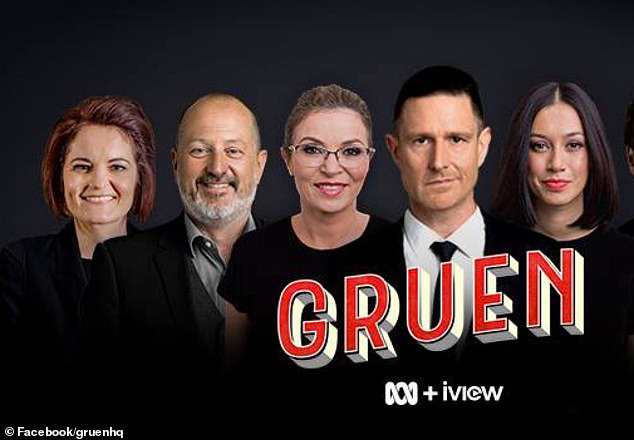