Buying a house with your hard-earned money is always special and dream come true for most. However, this dream becomes fulfilled only when one is able to design and decorate the house as per one’s needs. This stage takes time and is a smooth affair for most but not everyone is lucky. Meera Chopra of 1920 London (2016) and Section 375 (2019) fame was one such person who had a harrowing time while designing her house. The actress had to even file an FIR against her interior decorator and is still awaiting justice.

Bollywood Hungama has a copy of the FIR which has been lodged at Oshiwara Police station under Sections 354 (outraging a woman’s modesty), 504 (intentional insult with intent to provoke breach of peace), 506 (2) (criminal intimidation) and 509 (insulting modesty of a woman).

Speaking exclusively to Bollywood Hungama, Meera Chopra said, “I bought a new house in Andheri, Mumbai. I hired an interior designer from Oshiwara, named Rajinder Dewan, to design the house. I had to go to Banaras for a shoot for 15-20 days. So we signed an agreement and the price we fixed was Rs. 17 lakhs. He asked me to pay Rs. 8 lakhs, that is, nearly 50% of the payment in advance and he assured me that he’ll get most of the work while I am out of town. I didn’t know him that well but there was a trust factor. 50% advance koi deta bhi nahi hai. Yet, I did as I trusted him to take care of the house.”

Meera Chopra then states that she was shocked when she returned from the shoot, “I had given him designs and had told him to use certain kind of woodwork and ply. Since Mumbai is a humid city, you need to use very good quality material. But when I came back, I realized that the material he has used is very substandard. Later, I found out that most of the interior decorators follow this practice of using inferior quality material. I told him to change it. He refused. He is quite senior to me; he’s nearly 50 years old. So I respectfully told him ‘Aap please aise mat karo. Nahin toh main aapse kaam nahi kara paungi’. To which he got extremely abusive in front of all the workers. You won’t believe this; he pushed me out of my own house and told me ‘Tum aise bola mat karo…warna workers kaam nahi karenge’. Imagine, unhone meri hi ghar se mujhe bahar nikal diya!”

Meera Chopra continued, “I came home and sent him a message that ‘I won’t be able to work with you. Please provide the bills of the expenditure you have done till now and please return the balance amount’. However, he didn’t return any money. He gave me certain handwritten bills. After which he disappeared.”

She added, “This is why I went to the police station and filed an FIR. Ab tak uss FIR pe koi action hua nahi hai. It’s been 2 months. I was quiet about it. But as a girl staying alone in Mumbai, I can only go to a certain extent to get help. I don’t have a family here. I know some people here par main ek extent tak unse favour maang sakti hoon. There’s a police department and they are supposed to do their work.”

She also said, “Now it’s no longer about the money. I mean I am not denying that money is not important. This is my first house and hence it’s very special. What’s shocking is that he was relatively known to me aur woh ek akeli ladki ke saath aisa karke chale gaye.”

Meera Chopra then said that several people have had a similarly difficult time with their interior decorators, “I had tweeted about my grievance on Twitter and a lot of people had replied that most interior designers dupe people. So I am also trying to create awareness that agar kisi ke saath iss tarah se kuch galat ho raha hai, then police should take immediate action. This is because it’s happening on a very rampant basis, especially in Mumbai. In our city, kisi ke paas time nahi hota hai roz ja ke ghar dekhne ka. Hence, the whole arrangement works on trust and these people take unfair advantage of it.”

She continued, “Agar koi normal ladki se koi Rs. 8 lakh leke chala jaata, woh toh FIR bhi nahi kar paati. Hence, I want to put this out on a public platform that such kind of behaviour is not done.”

Meera Chopra also had a complaint against Rajinder Dewan’s daughter, Richa Malhotra, “She is of my age. She used to accompany her father to my house. And I have always said this that iss desh mein sisterhood nahi hai. Ek aurat dusri aurat ki help nahi karti. She has no remorse that her father conned another girl of lakhs of rupees. She should tell her father that what he’s doing is wrong. Sadly, people stoop down to such levels because of money and everyone keeps quiet. But someone needs to raise their voice.” 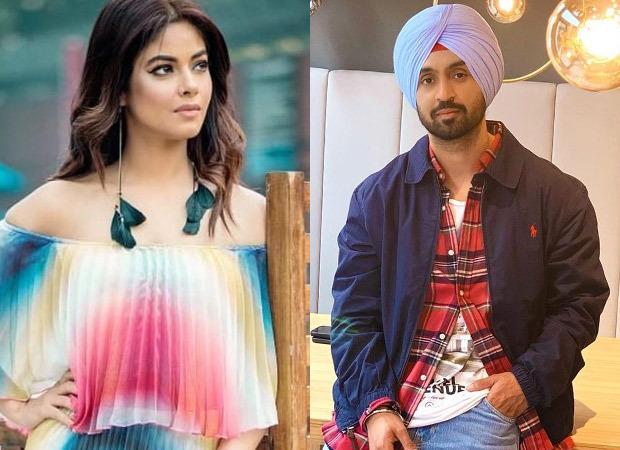 When asked if she followed up with the cops over inaction on her complaint, Meera Chopra replied, “I did for almost a month. Then I stopped doing it as I had to hire a new interior designer. Also, my shoots were going on. As a result, I couldn’t follow up after a point. The FIR is done. I trust the police to do the right thing.”

She added, “Jab tak police ke peeche na pado na, tab tak kuch nahi karti. And I understand why because they have much larger issues to look after. But just because my issue is comparatively trivial, it’s happening on a large scale as the culprits know that no action will be taken against them.”

What shocks Meera Chopra is that the cops can anytime take action against Rajinder Dewan as he’s not absconding. “He’s in Oshiwara,” she revealed.

Did Meera Chopra try meeting with Rajinder Dewan at his residence or office? She replied that she avoided doing so for a reason, “Actually, he’s kind of a goonda. He’s very abusive. I had met him at the police station and even in front of the cops, he was abusing me. If I’d tell him that something is not right, he’ll immediately get aggressive. He’s not open to any kind of criticism. Such people should be punished. If he’s doing this to me, knowing I am in the industry and have some connections imagine how they must be harassing the common man.”

Meera Chopra then shared that popular actor Diljit Dosanjh may have also fallen prey to their unprofessional behaviour, “He had designed Diljit’s house in Oberoi Springs. This is something that they only told me. They claimed that 90% kaam hone ke baad Diljit ne inko nikaal diya tha. Her daughter said that she requested the actor’s manager to let her record a video of their work but the manager declined their request. I felt really bad for them. But now I understand why Diljit’s manager must have refused them. They must have indulged in some wrongdoing.”

Meanwhile, her house is almost ready courtesy of a newly hired interior designer. “In fact, I’ll be shifting to my new house in the next 2-3 days,” she said and signed off.