Creativity and the art of fashion won’t be stopped. Despite the ongoing pandemic and its enduring hindrance to large gatherings, Interform continues to innovate with its programming and its methods for connecting with the community.

Interform is the new nonprofit arts organization built from the foundation of Northwest Arkansas Fashion Week and the Arkansas Arts and Fashion Forum. The first Fashion Week under the Interform coalition took place in the spring, but with colder temperatures driving events back indoors, organizers decided to return to a virtual format for the fall event.

In 2021, Interform joined the membership of CFDA Connects, a programming network through the Council of Fashion Designers of America Inc. — the nonprofit behind the illustrious New York Fashion Week. Interform leadership looked to their CFDA Connects peers for inspiration on potential engagements for the fall season in lieu of the customary fall fashion show, shares Interform communications coordinator Rochelle Bailey.

Inspired by fellow designers in the field, Interform organizers landed on a 10-part fashion film as the most effective way to showcase the region’s designers and talent while keeping the audience, models, hair stylists, makeup artists and everyone else safe.

“Think of it as a fashion show/moving photo shoot presentation of 10 local and one international designers’ looks,” Bailey explains. “We liked the concept of it, it was safe, and it also gave the designers an opportunity to show more looks on film than to show it in person, right? Because there’s a time constraint, but when you’re filming it, when it’s virtual, you can maybe have 25 instead of just six [looks].”

In keeping with Interform’s track record, “The Collective,” presented by Interform|Premiere, is also the first event of its kind for Arkansas. Two of Interform’s other programming endeavors — EMERGE (a designer residency program) and a curatorial training program — were also debut initiatives for the state.

“People definitely don’t want to just sit there and watch a runway show unless it’s in person, right? So the film needed to be a little bit more artistic and involved, and present some level of creativity and difficulty,” Bailey posits. “We had different concepts for different parts of the film, different locations, different themes. So we made it a lot more interactive than just watching a runway show on your computer or on your TV. And the editing involved with that that [filmmakers] Jess [Whalen] and Mario [Troncoso] contributed to it from their skill set is going to be a lot more visually pleasing and involved than just watching 20 people walk down a straight runway.”

The “fashion film experience” is also the organization’s primary fundraiser for the season. As such, the team considered avenues of increasing interactivity, while also offering a memorable affair in support of the nonprofit’s ongoing success.

“We wanted to give people something a little bit more tangible, and something interactive and something that will make them remember the film,” Bailey says as she acknowledges the occasional desire to participate in an experience beyond passive observation. “If they support the film, our team definitely felt like they should get some very valuable keepsake items and gifts.”

With the ticket purchase to view the livestreamed event, participants can choose from four different levels of Interform Boxes. Each includes varying amounts of swag, experiential materials, viewing snacks, wearables, and more limited edition and exclusive souvenirs from “The Collective: A Ten Part Fashion Film.” 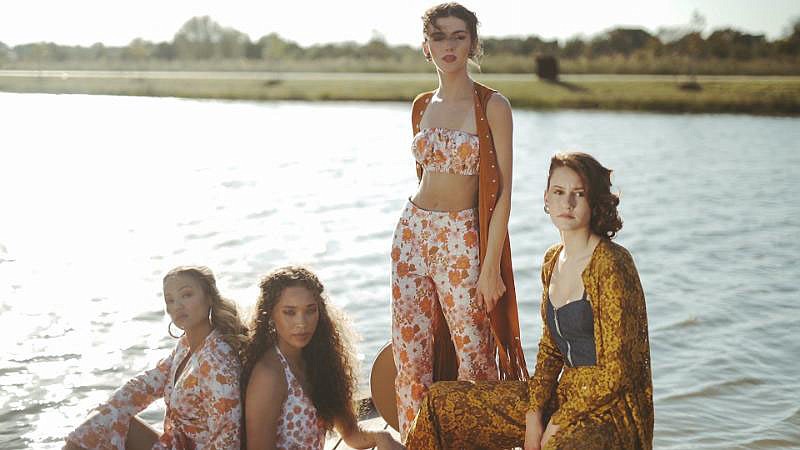 WHERE — Livestreamed through the stream key, presented upon purchase