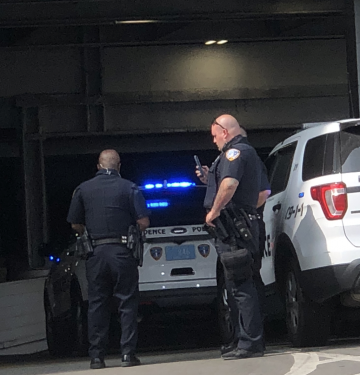 Providence Place Mall opened in the late 1990s with a black-tie event packed with dignitaries and featuring top-level retailers.

In the past ten days, episodes of violence and a robbery are just the latest incidents raising concerns about the safety of the mall.

A 1996 New York Times article reviewing the yet-to-be-built mall reported, “[Providence Place Mall] will bring retail back to southeast New England and jobs to Providence — 3,000 construction jobs and 2,800 permanent jobs,” said Mayor Vincent A. Cianci Jr. ‘This is the linchpin in the downtown redevelopment we started 15 years ago.’”

Those days are long gone.

Since its construction, the mall’s ownership has flipped from original developers to Rouse Company to General Growth and now, Brookfield Properties.

Crime at Providence Place – Weapons, Larceny, and Assault Incidents in a Week

The most recent Incident was Friday night when a fourteen-year-old boy reported being robbed by a group of men at Providence Place Mall on Friday night.

It marks the latest in mall-related crime — as GoLocal reported, multiple juveniles were banned from the mall following incidents the weekend prior which included a fight on an escalator captured on video – SEE BELOW.

On Friday, police responded to the mall shortly after 7 PM for a report of a robbery.

According to the victim, he had been sitting on the skybridge between Providence Place Mall and the Omni Hotel with a female friend when they were approached by three men.

The boy told police that one of the men stood over him and demanded his sneakers. The victim said he tried to resist, but that the suspect overpowered him and literally took his shoes off his feet. The victim told police another suspect then took the chain off his neck.  According to the victim and the female witness, the suspects then fled. The crime was just one of many that have occurred at the mall. 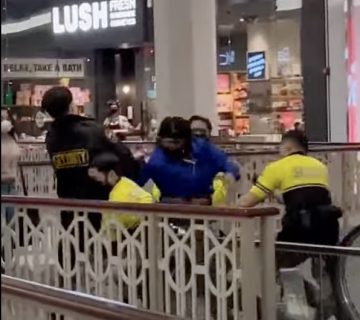 Former Providence Mayor Joe Paolino is highly critical of the management of the mall and the city’s lack of effort.

“When [developer] Dan Lougash sold the building to a REIT [real estate investment trust], that was the beginning of the end. You see, a REIT only cares about income and distribution to their shareholders. They delay capital improvements, they raise the rental fees and they cut expenses like maintenance. All they care about is making money so the shareholders get their dividends,” said Paolino.

“The second problem was Nordstrom. They let them buy themselves out of the lease a year early so they could get Boscov’s — that immediately made the mall into a class B mall,” added Paolino.

“Lastly, they brought in cheap tenants that paid more rent, and that brought the quality down.. it’s like watching a person self-destruct in front of your own eyes. It’s too bad that the owners of Garden City did not own it,” said Paolino.

Rhode Island Commerce Secretary Stefan Pryor’s spokesman Brian Hodge says “Obviously the pandemic has impacted indoor malls across the country and world. Providence Place Mall is no exception. The mall is under new leadership here in Providence. We have had initial discussions with this new leadership and it’s our preliminary understanding that they’re exploring some new and exciting ideas. We look forward to continued dialogue in the course of these challenging pandemic times.” 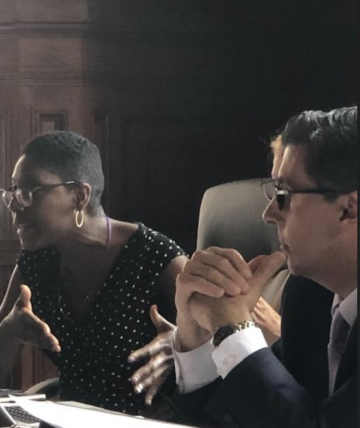 Brett Smiley, one of the declared Democrats running for mayor of Providence in 2022, told GoLocal the following.

“Like malls nationally, Providence Place has been impacted by several recent shifts in shopping– most notably the growth of online retailing and COVID-19. As a result, our mall is not what it used to be. It still has time to be the economic asset to the city that was intended and I hope that city and state leaders work together to get things back on track,” said Smiley.

“Every option should be on the table and every use should be explored, including housing and education. In the meantime, and as retail everywhere adapts to a post-pandemic world, the mall leaders must continue to aggressively recruit new stores, entertainment and restaurants to call the Providence Place Mall home,” Smiley added.

Nirva LaFortune, the Councilor who represents the Third Ward and is a candidate for mayor, tells GoLocal that she has deep experience with Providence Place Mall having once worked at the facility.

“The Providence Place Mall remains an important space for our capital city and the state as a whole. Using creativity and harnessing national retail trends that improve customers’ personal experience can infuse the mall further. Using it as a mixed-use development, such as commercial spaces, areas for community college programs, and perhaps housing, may also be a great way to keep the mall vibrant if additional stores close,” she said.

“It’s conveniently located to public transportation and accessible to many. It’s also still a place where several youth, including myself, can have some of their first working experiences and social development. During my senior year of high school, I worked at the mall and the hospital. I worked in the men’s section at Filene’s and would meet Patriots players. I even once waited almost two hours in line to get Tyson Beckgord’s autograph. It is an important space for so many reasons, and mall leadership should continue to work together with the city and state to ensure the best-continued use for our community.,” LaFortune added.

Gonzalo Cuervo, another Democratic candidate for mayor, said, “From Hope Street to Broad Street, Providence is home to a vibrant and diverse retail landscape. Despite decades of evolving consumer trends and the decline of malls and larger retailers nationwide, Providence Place Mall continues to be a popular shopping destination, reporting an occupancy rate greater than 90{df277fece0e332513078d4db57f50d7f29a9f255adc120b3235ad73f23ad2e97}. Malls can survive and thrive by adapting to change, and Providence Place Mall is poised for continued success.”

Mayoral candidate Michael Solomon did not respond to requests for comments.

This center is committed to providing an enjoyable shopping experience for our guests.

While visiting this mall, the following general activities will not be accepted:

Violations of the law:

Examples of specific activities that are prohibited include but are not limited to:

The center is a privately owned property. Guests who do not act responsibly may be asked to leave. If they refuse to leave the property, they may be arrested and prosecuted for criminal trespass.