As part of an haute couture fashion week, a grand show was held at the Bund Finance Center on Tuesday, featuring 60 suits presented by six young Chinese designers.

With themes of “plum blossoms, orchids, bamboo and chrysanthemums,” which are known as the “four gentlemen” plants in Chinese culture for their natural character, the menswear show echoes the main theme of this year’s week – “Oriental aesthetics and quality lifestyle.”

A menswear show was held at the Bund Finance Center on Tuesday.

An array of made-in-China accessories, including jewelry from Laomiao, a Shanghai-based gold and jewelry brand, and the Shanghai-brand watches, were also featured in the show.

Organized by Donghao Lansheng and Yuyuan Inc, the show is an interpretation of the fusion of Eastern and Western cultures.

“The ‘Oriental aesthetics’ shall be integrated into the lives of modern families around the world by involving the concept into more products and services,” said Xu Xiaoliang, president of Shanghai International Fashion Federation and co-CEO of Fosun International.

Xu added that to expand the market and gain more influence, more attention should be paid to middle-class families and young people. 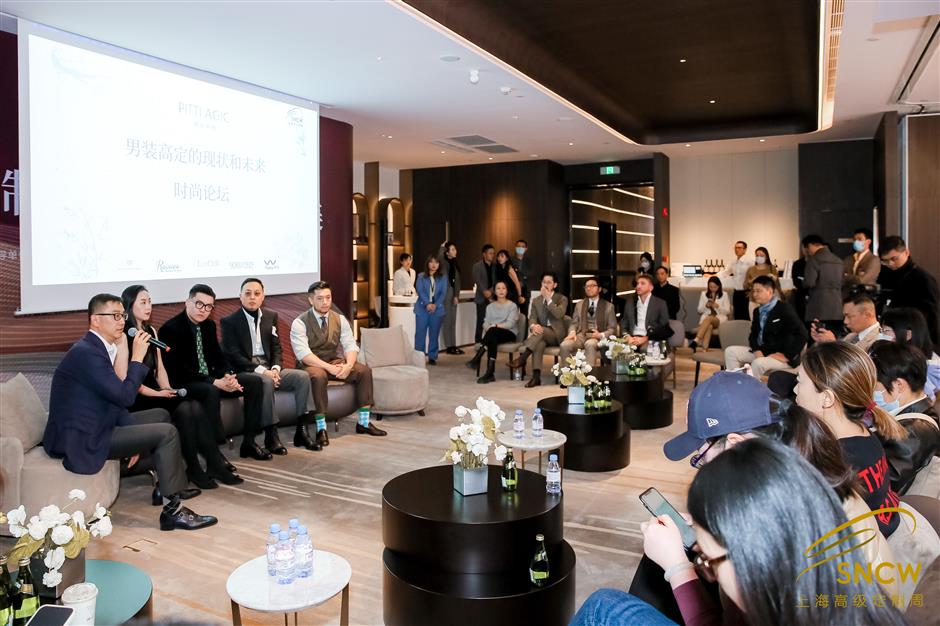 A forum was dedicated to the topic of the present situation and future of menswear customization.

Before the show, a forum centered around the topic of the future of customization of menswear was held.

Zhuang said that he met many outstanding practitioners in the haute couture industry during his past experience in Italy who adhered to the tailoring concept that had lasted for hundreds of years and insisted on supreme craftsmanship and high quality.

“There are many young Chinese designers who have overseas studying experience,” said Zhuang. “They incorporate Chinese culture into their work.”

As a young artist born after 1985, Ying said the culture and the philosophy embedded in a customized work are the real factors that attract customers, and therefore, it is necessary for Chinese designers to keep exploring Chinese culture.

Meanwhile, the Shanghai International Fashion Federation and the Shanghai Association of International Services Trade have signed a strategic cooperation agreement to jointly set up a customization service platform that is committed to the cultivation of young designers and the introduction of overseas design talent.

The platform will also take measures to lower costs as well as promote the development of fabrics and techniques. It aims to make customization a high-quality yet affordable lifestyle.