Dana and Fran Paxson didn’t expect the new Irondequoit Community Center to be open Monday, but as they checked out the facility following its ceremonial opening, they liked what they saw.

The couple are avid walkers who used to stroll through the facility when it was Irondequoit Mall and Medley Centre and they’re eager to start using the community center for exercise. Dana Paxson also said he believes the center will provide a lift to Irondequoit and its residents, while bringing the town together.

“I think this community center is going to be a beautiful thing,” Dana Paxson said.

Town officials held a ribbon cutting for the new recreation center Monday, but the space isn’t quite ready for public use yet. The facility will begin youth programming on Oct. 11 and will be fully open on Oct. 18, according to Katrina Hall, Irondequoit’s director of recreation. 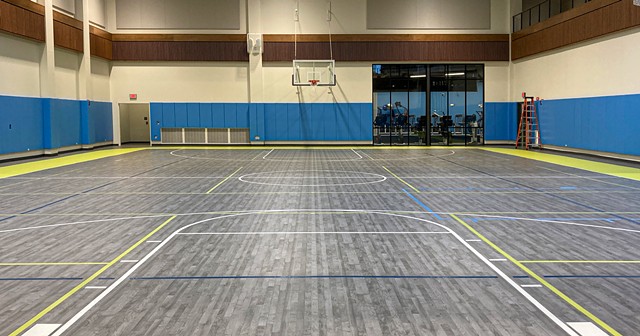 For officials in the town, the recreation center has been a long time coming. During his remarks, Irondequoit resident and House Rep. Joe Morelle emphasized that up until now, Irondequoit didn’t have a full-featured community center, unlike neighboring towns. The new center includes a basketball court, a walking track, fitness room, a dance room, meeting space, a game room, space for pre-K programs, and more.

But the 41,300 square-foot facility, which occupies what was formerly the corridor between Cindy’s Cinnamon Rolls and JCPenney, also represents another step forward for Skyview Ridge, the current name of the former mall. Residents approved the new community center during a 2019 vote, though the project has had some vocal opponents.

“I’m confident that the doubts that people had will be removed when they walk through the doors,” said acting town Supervisor John Perticone. 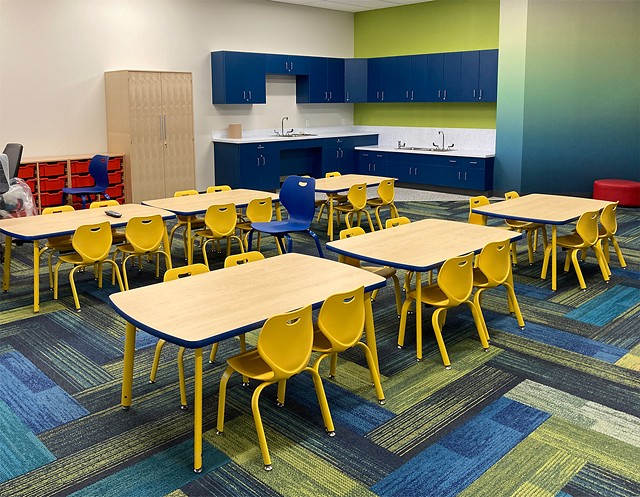 Developer Angelo Ingrassia bought the mall at auction in 2016 for $100,000 — a steal compared to the $7 million that the property had been assessed at — and laid out a vision to convert it to a mix of uses. Current tenants include Rochester Regional Health’s nursing school and a senior housing development.

The former Irondequoit Mall opened to the public in 1990, but within 15 years, it was already in trouble. In 2007, Bersin Properties bought the mall and the developer who led the company, Scott Congel, put forward plans to redevelop the vacant mall, but those never came to fruition.

Congel got a payment-in-lieu-of-taxes incentive agreement from the town of Irondequoit, the East Irondequoit School District, and the Monroe County Industrial Development Agency. But the company kept falling short of investment and job creation requirements baked into the agreement and eventually stopped making payments. Officials got frustrated, eventually terminated the agreements, and sued Bersin Properties to try to recover around $6 million in back taxes and fees.

Ingrassia bought the property after the Monroe County Sheriff’s Office seized it when a judge ordered Bersin Properties to pay more than $400,000 to Passero Associates for services that the firm provided to the developer. The Sheriff’s Office has the authority to seize and sell assets to fulfill court-ordered judgments. 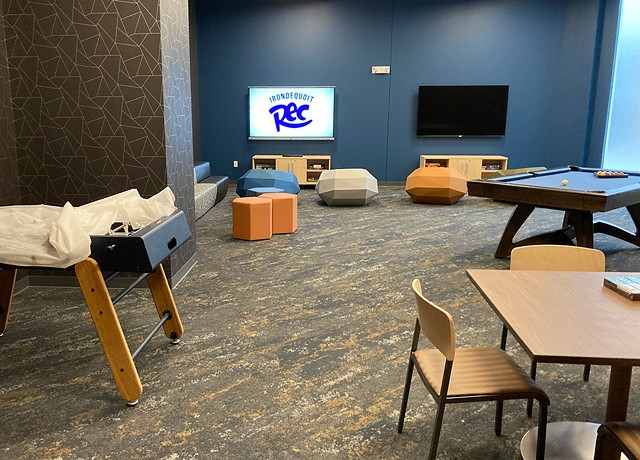 And while the idea of repurposing a dead mall for housing, classroom space, and public facilities may seem novel, it’s becoming the norm in the development world due to changing consumer habits and shifts in retail. Moody’s, a firm that analyzes finances and markets, noted last September that mall vacancies reached a historic peak of 9.8 percent as developers struggle to fill empty stores.

At The Marketplace mall in Henrietta, the University of Rochester Medical Center took over the former Sears store, which closed in 2019, as well as adjacent space, to build and equip a new 330,000-square-foot outpatient orthopedics clinic. The maker of Fortnite, Epic Games, bought a mall building in Cary, North Carolina, to use as its headquarters. In Idaho Falls, Idaho, a charter school is setting up in 70,000 square feet of a former Sears.

“Malls are never going to be the behemoths that they were,” said Vinnie Esposito, an Irondequoit resident and Finger Lakes regional director of Empire State Development. He added that with some anchors in the mall, he expects other services and amenities to be drawn to the location.

Jeremy Moule is CITY’s news editor. He can be reached at [email protected]