This is an independent study for a reborn Lancia Montecarlo conceived by automotive designer David Obendorfer that is neither related to nor endorsed by Stellantis.

Lancia is preparing for its renaissance as one of Stellantis’ premium brands and after the official confirmation of the new Delta which will return in 2027 as an electric hatchback, more classic nameplates could be reintroduced. Independent designer David Obendorfer took a stand and envisioned a modern version of the Lancia Beta Montecarlo (1975-1981) that has morphed into a five-door crossover for the future.

Transforming a classic mid-engined two-door sportscar into a high-riding SUV is quite a bold move, but times change and so do the buyers’ needs and tastes. Thankfully, the designer who is known for retro-inspired digital concept cars like the BMW 02 Reminiscence Concept, the Mercedes-Benz Icon E, the Renault 4, and the Fiat 127, did it with respect to Lancia’s design identity and the result is quite interesting.

Despite the increased dimensions, the Montecarlo SUV retains a sporty stance thanks to the large-diameter wheels with toned fenders, the balanced proportions, and the aerodynamic roofline. The front end stays true to the Pininfarina-designed original with a blacked-out nose and the traditional Lancia grille enclosing angular LED headlights above the modern bumper. 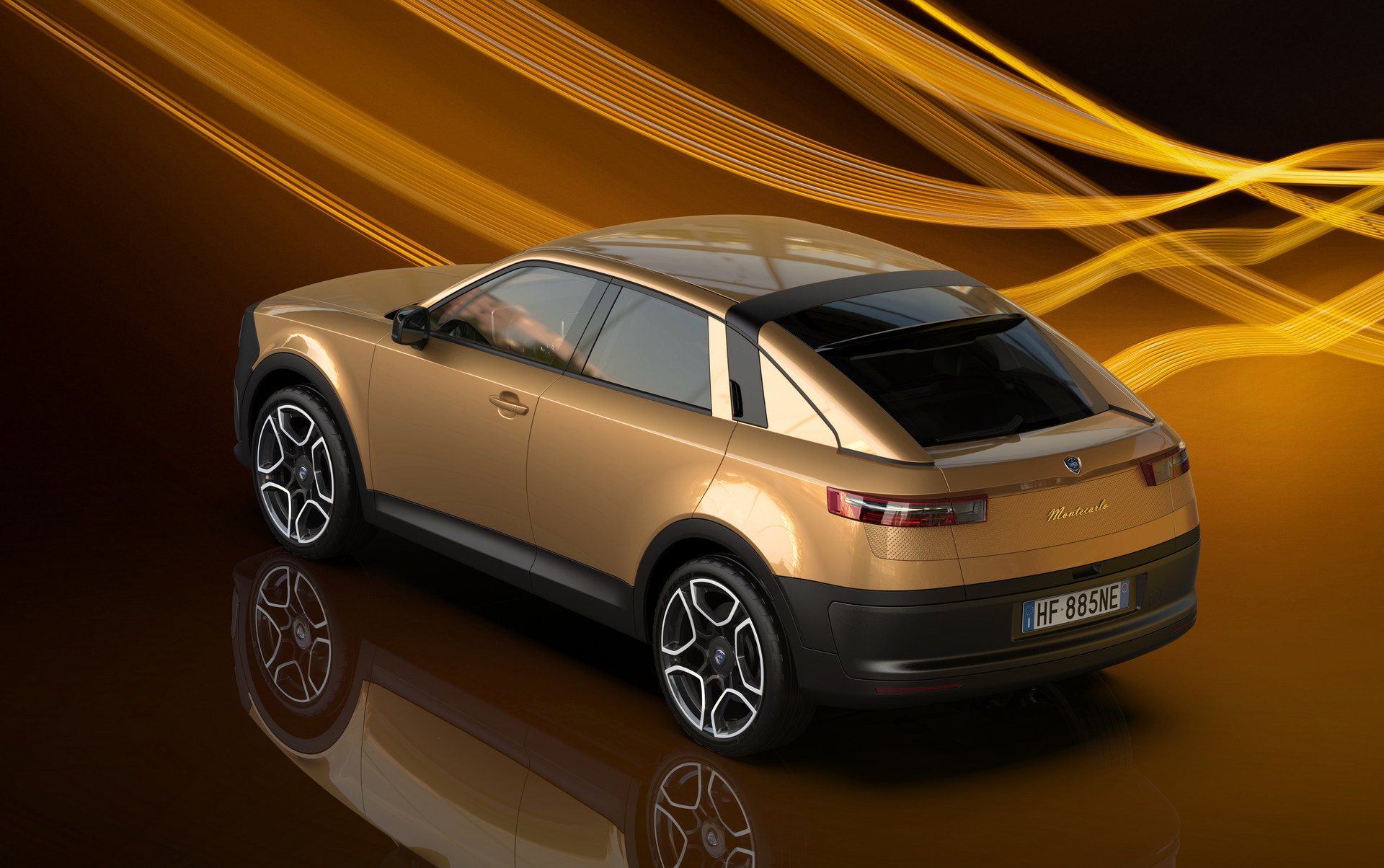 Another clear nod to the Beta Montecarlo from the ’70s is the character line running all the way from the headlights to the taillights. The new car is significantly taller but the high beltline and the hidden rear door handles help with hiding the mass. At the back, the roofline looks similar to coupe SUVs but the rear windscreen adopts a different design resembling the flying buttresses of the mid-engined Montecarlo, just like the black stripe that extends to the sides.

As described by the designer: “Instead of an up-to-date reinterpretation, the Montecarlo Concept tries to explore a possible passage between two different car segments, looking for an answer to the question whether a design that was born as a mid-engine sports car can be transformed into something very different.”

See Also: After Going For A Ride In The Kimera EVO37, You Might Want To You Sell Your Home For One 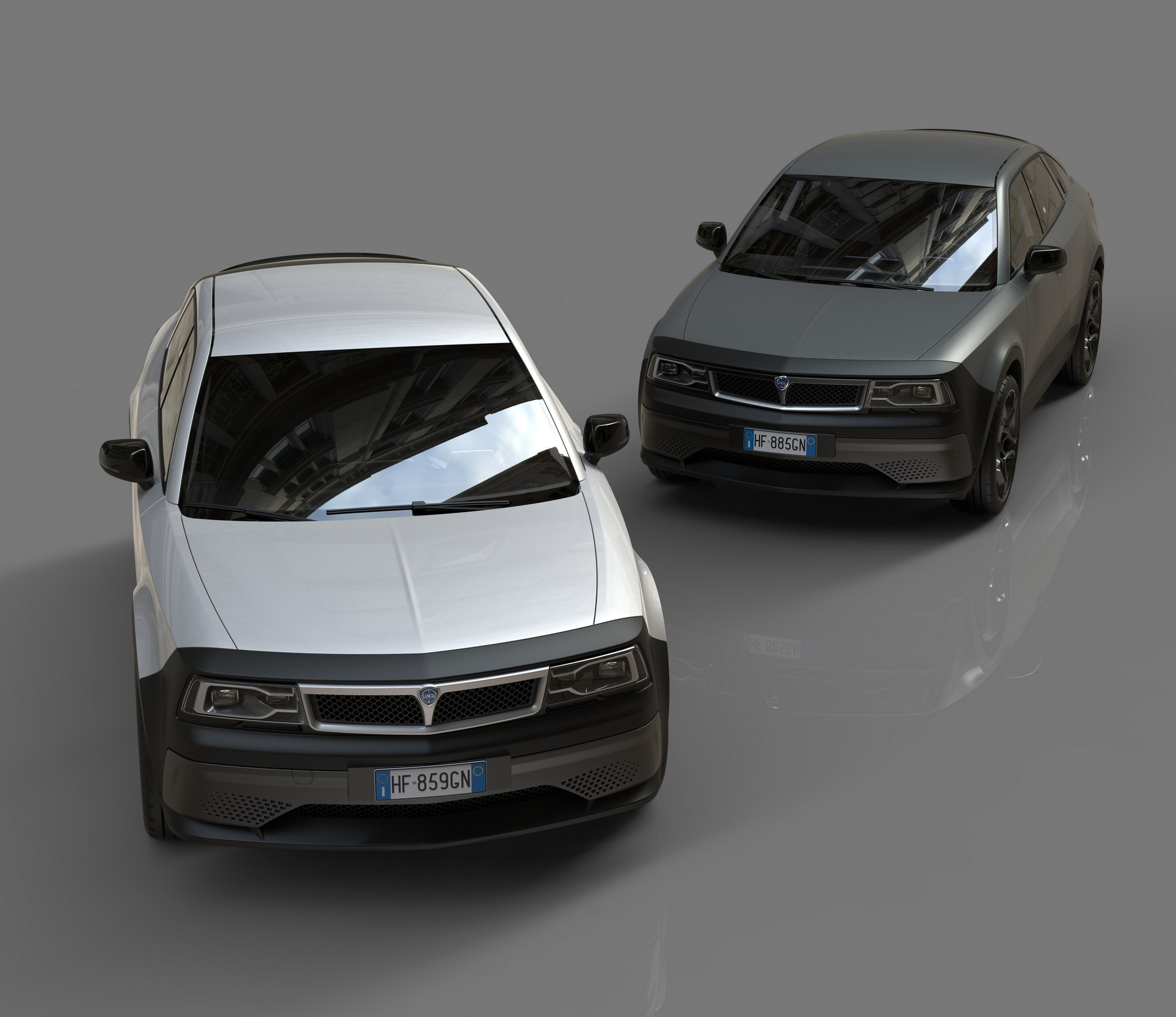 After the successor to the Ypsilon supermini arrives in mid-2024, and before the new Delta debuts in 2027, Lancia has confirmed the launch of a fully electric compact crossover in 2026, which will be based on the STLA Medium architecture.

Unlike this future model, the independent designer envisioned the Montecarlo compact SUV to be based on the current EMP2 platform which is actually a predecessor to the STLA Medium. This means it could be fitted with a plug-in hybrid powertrain offering all-wheel drive and a combined power output of up to 296 hp (221 kW / 300 PS). Of course, all these are hypothetical since this free-time project is not associated with Lancia thus it will never find a way into production.

For those who prefer a more traditional approach to classics, there is the Kimera EVO37 restomod – a gorgeous take on the Lancia 037 which was one of the coolest racing cars of the ’80s loosely based on the Montecarlo.