Federica Cavenati, the co-founder and designer of the London-based brand 16Arlington, suddenly passed away, at aged 28, following a short illness on October 18.

Still stunned and seemingly in the mourning process, friend Lena Dunham shared a moving tribute to Cavenati, where she acknowledged her inner and outer beauty, infectious laughter, love of fashion, and endless support of women as a whole.

‘Kikka was a vibrant and present person who showed up to life with Olympic vigour,’ Dunham said of the Italian-born artist, in her emotional essay, which was published in Vogue’s website on Friday and another shorter version on her Instagram page. 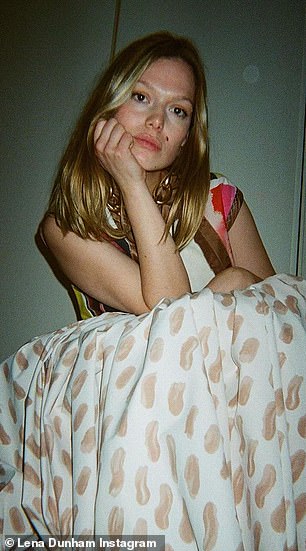 Emotional: Lena Dunham shared a heartfelt tribute to her late friend, Federica Cavenati, who suddenly passed away at the age of 28 on October 18

The Girls creator and star revealed that when she first ‘met my friend Federica ‘Kikka’ Cavenati, it took me about 10 minutes to realize how beautiful she was.’

After describing her many physical attributes, Dunham explained how her beauty paled in comparison to how she made other women feel, writing that ‘Kikka lived to help other women recognize their beauty, and that quality was inherent to her own.’

She then praised her friend’s work and the love that she shared with her partner, Marco Capaldo, which included their @16arlington fashion label that Dunham says ‘single-handedly redefined the spirit of London fashion and given style back its folly and joy.’

Inner and outer beauty: Dunham, 35, revealed that when she first ‘met my friend Federica ‘Kikka’ Cavenati, it took me about 10 minutes to realise how beautiful she was’ 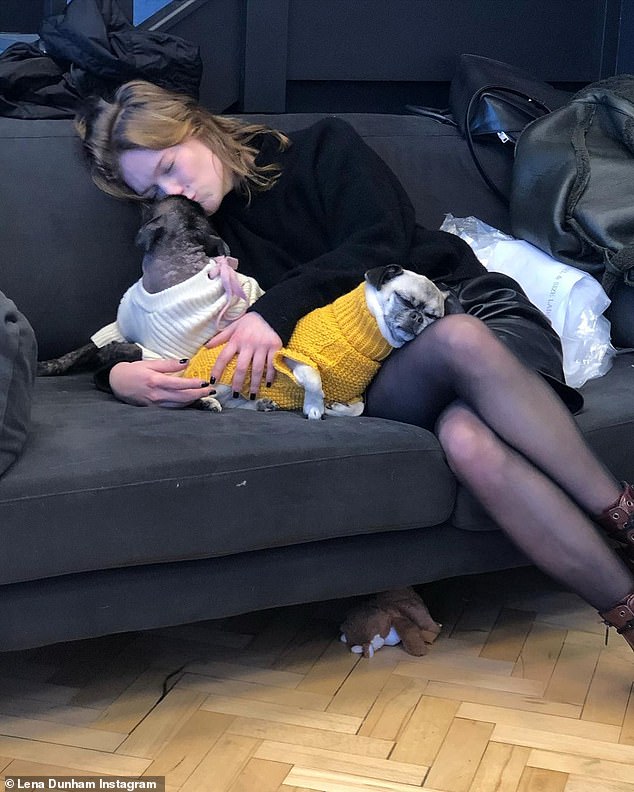 Girl power: Dunham also complimented Cavenati on ‘how she made other women feel

‘I was one of the lucky ones… who got to be a 16Arlington girl,’ she said of her time spent with Cavenati and Capaldo.

Cavenati was already feeling the symptoms of her illness by the time of Dunham’s recent wedding to Luis Felber in New York City in September.

‘She was at that point not feeling her best, and for Kikka, being seen without that trademark sparkle just wasn’t an option – not because she was vain (she was the farthest thing from it), but because she loved joy and she always wanted to embody the values she held so dear,’ Dunham explained as to why she didn’t attend the ceremony and party. 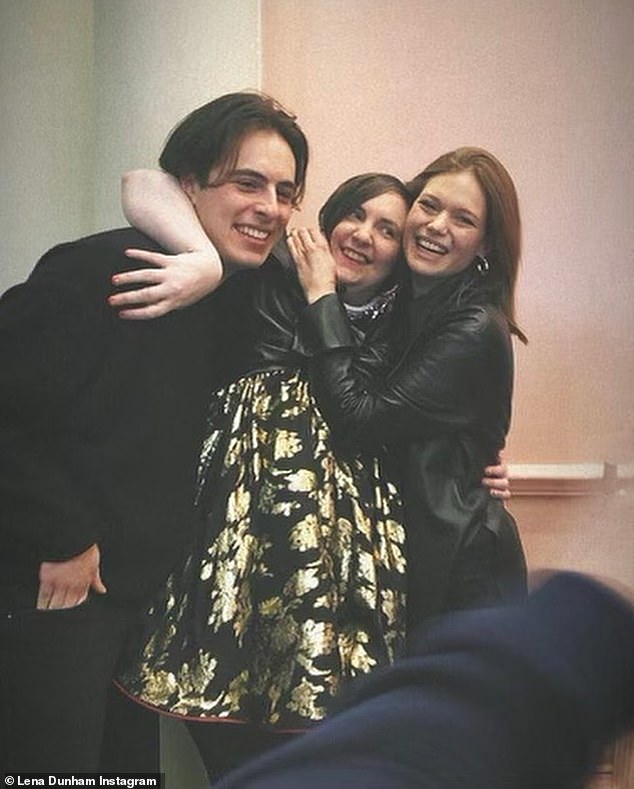 Time well spent: ‘I was one of the lucky ones… who got to be a 16Arlington girl,’ the New York City native said of her time spent with Cavenati and her partner Marco Capaldo 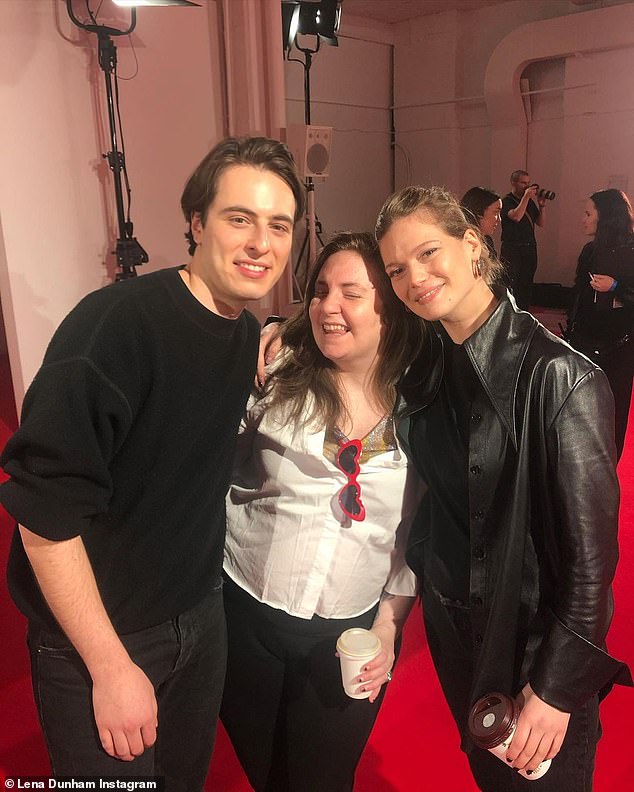 Ultimate compliment: ‘No one who crossed her path will ever be the same, and neither will fashion,’ Dunham said of her friend

But Capaldo did make it to the wedding celebration, and he brought along a symbol of his ladylove, which came in the form of ‘delicate satin pajamas with that trademark pointed collar and feathery cuffs.’

‘Since then I’ve worn them almost non-stop, and everywhere I go I seem to be dropping feathers, little white curls on the stairs or in an office chair, Dunham confessed. ‘Each one feels like Kikka reminding me to have fun, relax and embrace the madness of style.’

The New York City native ended her Instagram post by sharing the ultimate compliment: ‘No one who crossed her path will ever be the same, and neither will fashion.’

Capaldo will be showing an unseen collection from 16Arlington in February 2022 in Cavenati’s honor. 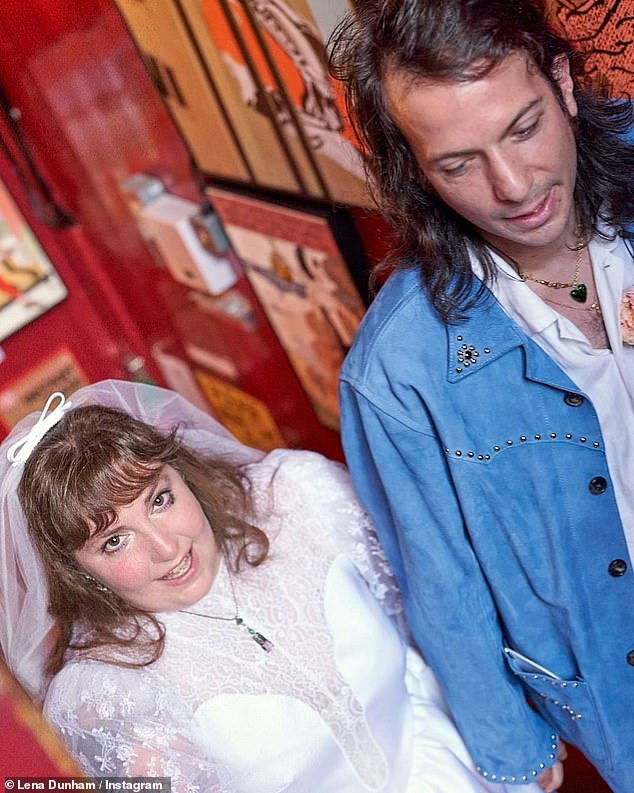 Health concerns: Cavenati was already feeling the symptoms of her illness by the time of Dunham’s wedding to Luis Felber in New York City in September 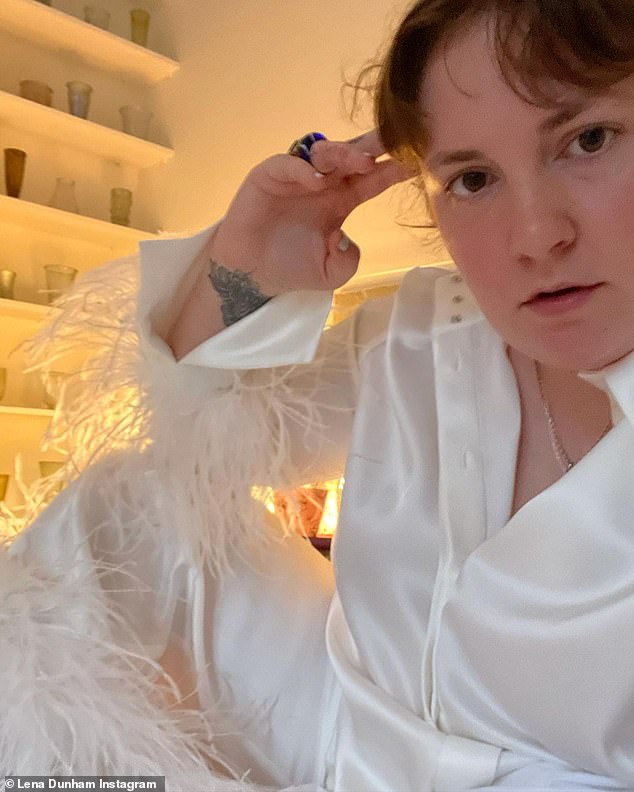 PJs: While Cavenati didn’t make it to Dunham’s wedding, she did fashion her with delicate satin pajamas with that trademark pointed collar and feathery cuffs,’ which the writer and actress confessed she wore endlessly as of late