She recently appeared on the cover of a glossy fashion magazine looking flawless.

But even on casual outings, Lori Harvey can turn heads.

On Tuesday, the daughter of Steve Harvey showed off her credible style, as she went for lunch in Beverly Hills.

Dressed to impress: Lori Harvey shows off her killer style in ripped jeans and designer top as she steps out for sushi in Beverly Hills on Tuesday

Lori, who is dating actor Michael B. Jordan, stunned in a Chrome Hearts tee, Nike Air Jordan 1’s and a Bottega Veneta purse for a lunch date at sushi restaurant Matsuhisa.

In an accompanying interview, Lori said: ‘I think there’s an overall misconception about me in general, so I’m excited to finally take control of my narrative and let people really get to know me. 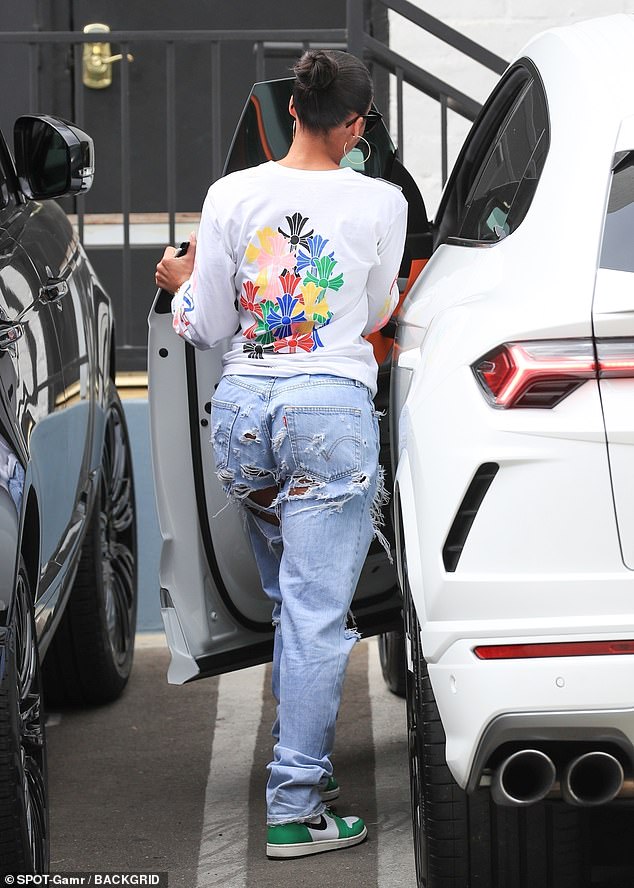 Style: The daughter of Steve Harvey showed off her credible style, as she went for lunch in Beverly Hills

Because of her high-profile relationship and famous family, 24-year-old Lori is sometimes the target of petty gossip, something she says she tries to ‘just ignore.’

‘I feel like the comments section on social media tends to be like a breeding ground for negativity,’ she explained.

‘So I just try to avoid it altogether to, you know, maintain my peace.’ 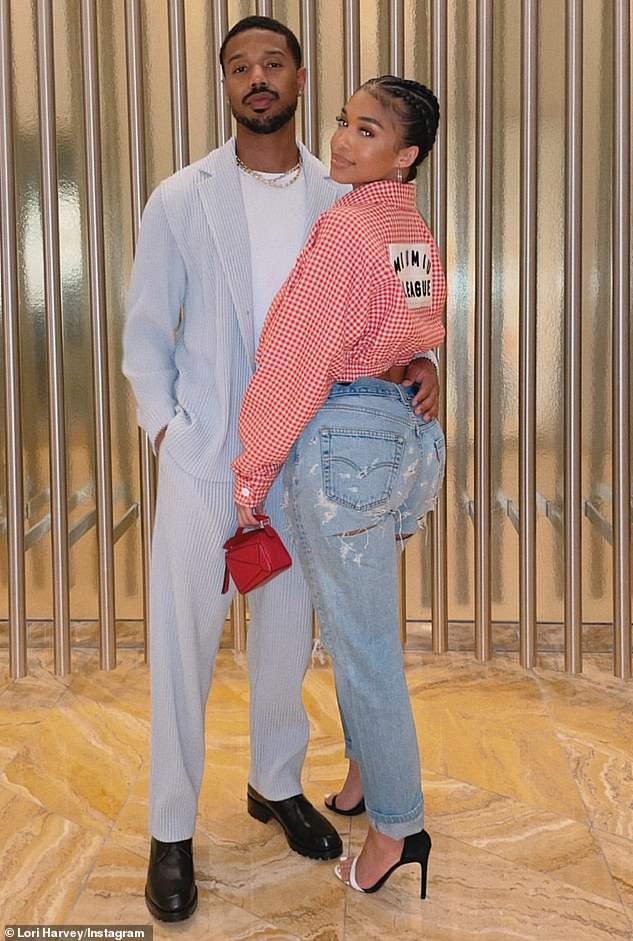 Sweet: Lori recently stopped by The Real, where she touched on her relationship with Jordan, calling him a ‘sweet’ and ‘attentive’ partner who ‘really makes the effort’

Lori oozed star-power wearing a trio of chic looks by Coach on the covers.

She first sported a black leather dress with matching opera gloves and spiky stilettos in one shot.

While twisting her tresses back into a low bun, she also rocked a full, nude pout and sultry eye makeup.

In another she wrapped herself in a fur-lined suede coat while resting against a plush pink background.

The third saw Harvey looking ready for winter bundled up in a fuzzy white parka and carrying a butter yellow bag with a wooden handle.