Police are searching for a group of shoplifters who were captured flinging household products into their two stolen vehicles after swiping the items from a Connecticut grocery store before speeding away in .

The four crooks snatched some $1,500 worth of goods from Market 32 in the Quarry Walk Plaza in Oxford shortly after 6 am Tuesday morning, police say.

Stunned onlookers watched as the brazen bandits methodically unloaded shopping carts full of laundry detergent and paper towels into a minivan and an SUV that police say were stolen.

Scroll Down For Video: 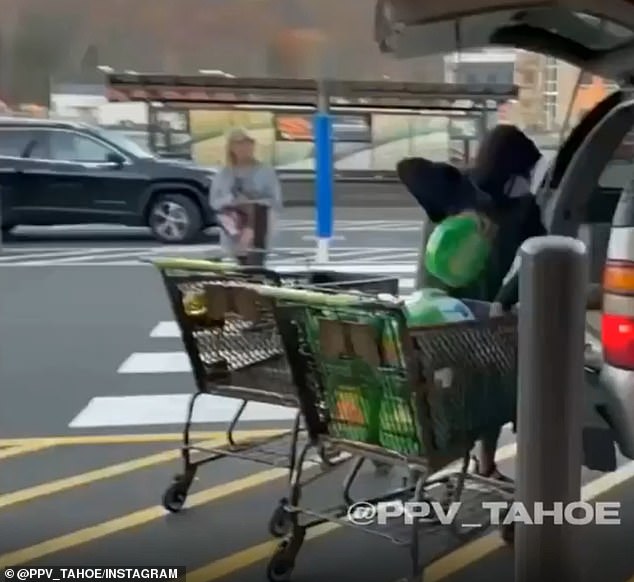 Video of the robbery, which has gone viral, capture the four thieves unloading the merchandise into two separate cars waiting outside the grocery store.

Onlookers call out for someone to call 911 and then begin too chastise the thieves, who don’t react and just continue with their broad daylight robbery.

‘That’s why prices go up, because of these (bleeps),’ someone says. ‘Can’t get a job like the rest of us.’

The two cars then take off at full speed, with one of the cars hitting a shopping cart before fleeing the scene. 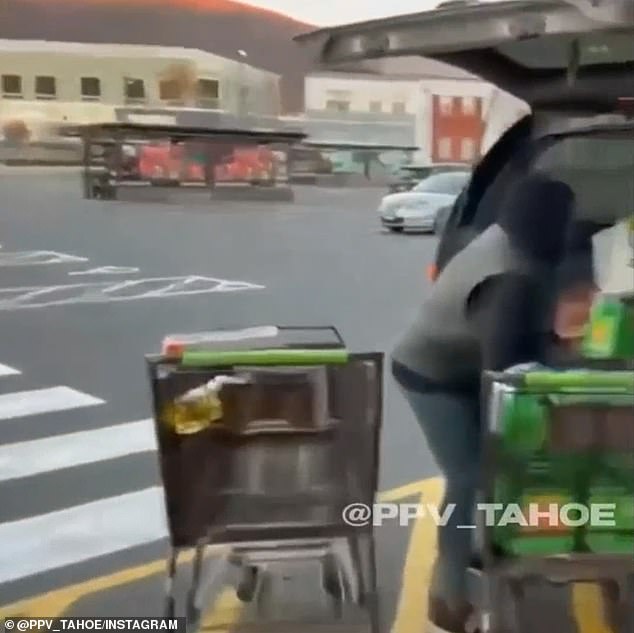 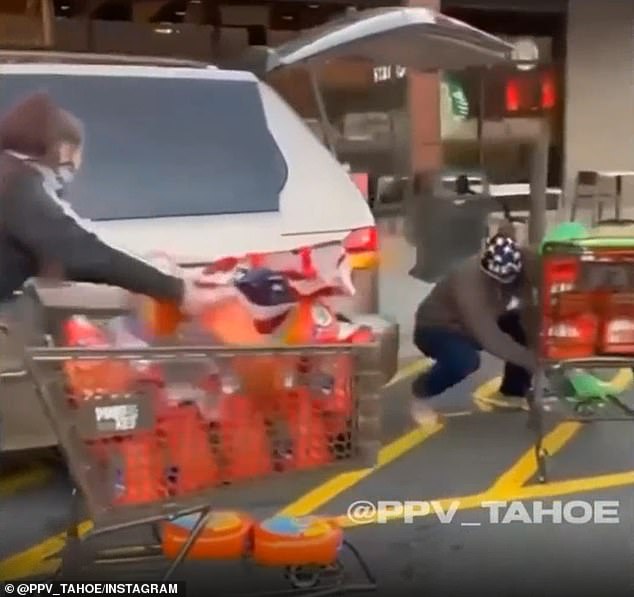 The shoplifters, whose faces were covered, loaded up their cars with the shopping cart full of goods while onlookers chastised them for stealing 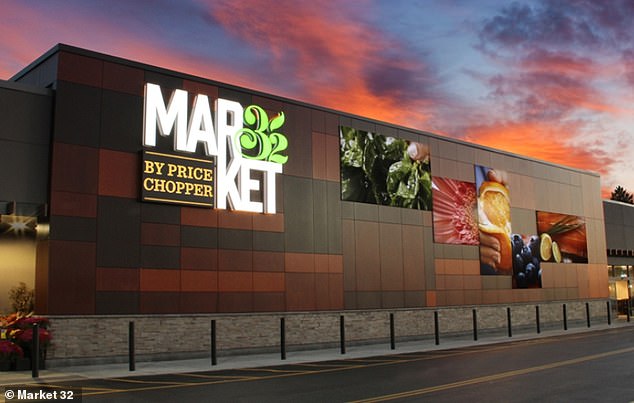 Police said they have identified at least two of the suspects and linked them to similar crimes across Connecticut and outside the state.

The thieves would face only misdemeanor larceny charges because of the total value of the stolen goods.

State police said a 911 call was never placed but instead a call reporting the robbery came in through the routine phone line at the Oxford Resident Trooper’s Office 10 minutes after the crime had already occurred.

‘Had 911 been contacted in a timely manner, police personnel would have been able to attempt to intercept those involved,’ state police said in a news release.

Trooper Sgt. John Acampora said that police believe that the thieves will try to sell the stolen items on social media and within their communities.

Residents of the town located about 30 miles west of New Haven say this type of crime is unusual in their neighborhood.

‘It’s very unusual that anything like that happened here and I guess, while it’s good that it was caught on video so they might be able to get the guys, no one was doing anything about it, they just kind of let it happen,’ Vinny Brophy from Beacon Falls told Fox 61 News.

The bold robbery is part of a rise in shoplifting incidents around the country.

Walgreens was forced to shut five of its stores in San Francisco last month due to rampant shoplifting by thieves who waltz past security guards and sell the items outside the drugstore chain’s doors.

In total, the national chain has closed 17 of its 70 San Francisco locations in the past two years because of the shelf raiders, who have swiped everything not behind lock and key.

Thefts in the chain’s 53 remaining stores in San Francisco are five times the average for their stores elsewhere in the country, according to company officials.

Viral videos taken throughout the summer have shown shoplifters brazenly sauntering out of stores with armfuls of stolen goods as witnesses watch in shock.

In September, a gang of shoplifters were filmed ransacking a Chicago UIta Beauty store in the Norridge suburb.

Footage of the incident showed a gang of three hooded thieves emptying its shelves of expensive Christian Dior and Armani makeup into black trash bags.

It was shared on social media with the shocked cameraman, who hasn’t been named, saying: ‘Look at this, this is insane,’ as he films the theft unfolding before his eyes.