By Kevin Kayhart For Dailymail.com

It appears as though Shannen Doherty has been spending more time with her mother, Rosa Doherty, of late.

For the second day in a row, the mother and daughter duo were spotted out shopping together in and around Malibu.

Afternoon excursion: Shannen Doherty, 50, stepped out to do some shopping with her mother, Rosa Doherty, for a second day on a row on Friday in Malibu

The classic tee had plenty of green marijuana leaves on the front of it that matched her pants.

She also wore a pair of classic white Converse sneakers and carried a couple of empty bags going into the store, that were packed with groceries by the time she wade her way back out to her parked car.

And with COVID-19 still presenting a danger, the former Beverly Hills, 90210 star wore a protective mask over her mouth and nose whenever she was in the vicinity of others while out in public. 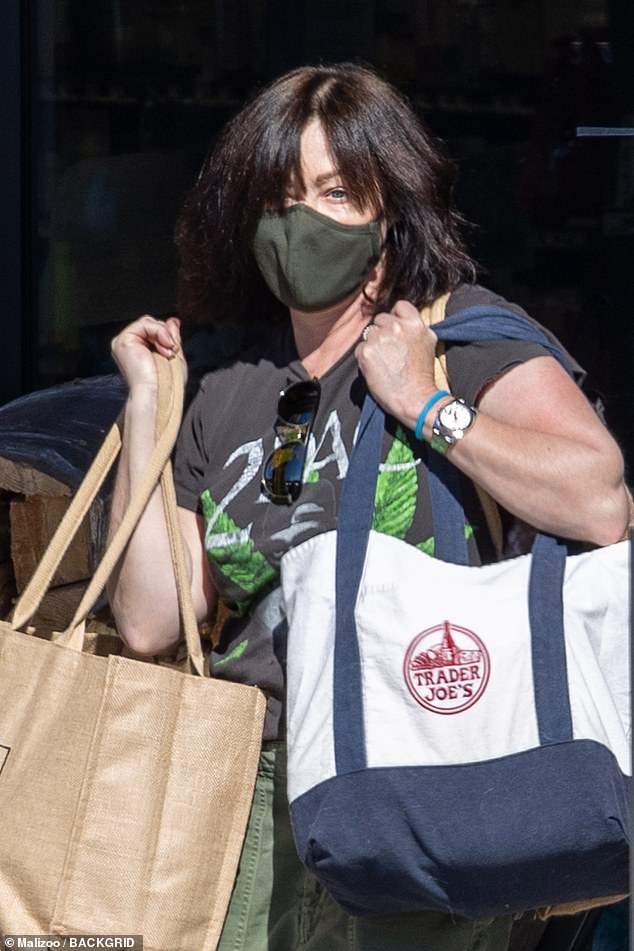 Family shopping: While she started her day of shopping with empty bags, the former Beverly Hills, 901210 star left a store with those bags packed with groceries

Doherty was first diagnosed with breast cancer in 2015, and due to the presence of multiple tumors underwent a mastectomy in May 2016.

She followed up with chemotherapy treatments and radiotherapy, in the wake of learning that the cancer was more advanced than previously thought.

By 2017, Doherty went public and announced that her cancer was in remission.

But in February 2020, she revealed the cancer had returned the previous year, and that she is now in stage four. 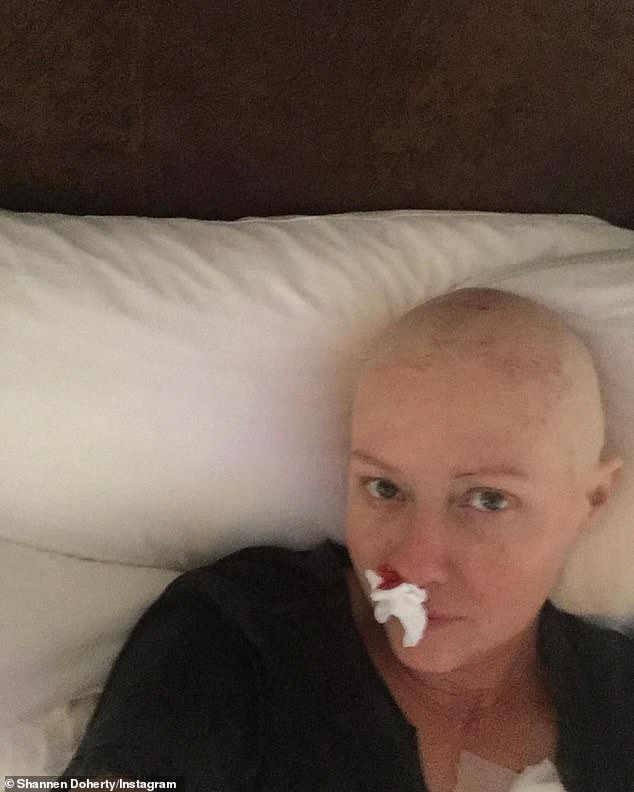 Sharing her journey: In honor of Breast Cancer Awareness Month in October, Doherty took to Instagram and shared a several experiences living as a cancer survivor 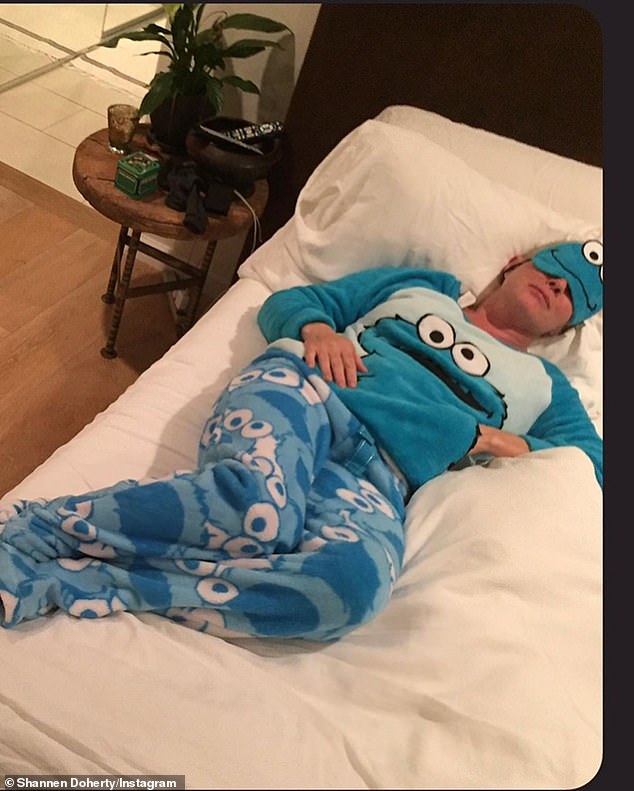 Humor as a medicine: Doherty shared how wearing funny pajamas cheered her up during those hard chemotherapy treatments

The actress has documented much of her health treatments on social media – often with her husband Kurt Iswarienko, whom she married in 2011, and her mother by her side.

She has also had the support of her her close pal Chris Cortazzo, who is seen in a number of her Instagram posts, where she shares an update on her condition.

‘Where are we heading??? Any guesses? @chriscortazzo #ranches,’ she wrote in the caption of her latest post on Friday that seemingly showed them aboard a private plane.

In honor of Breast Cancer Awareness Month in October, Doherty took to Instagram and shared a several experiences of what it’s been like living as a cancer survivor. 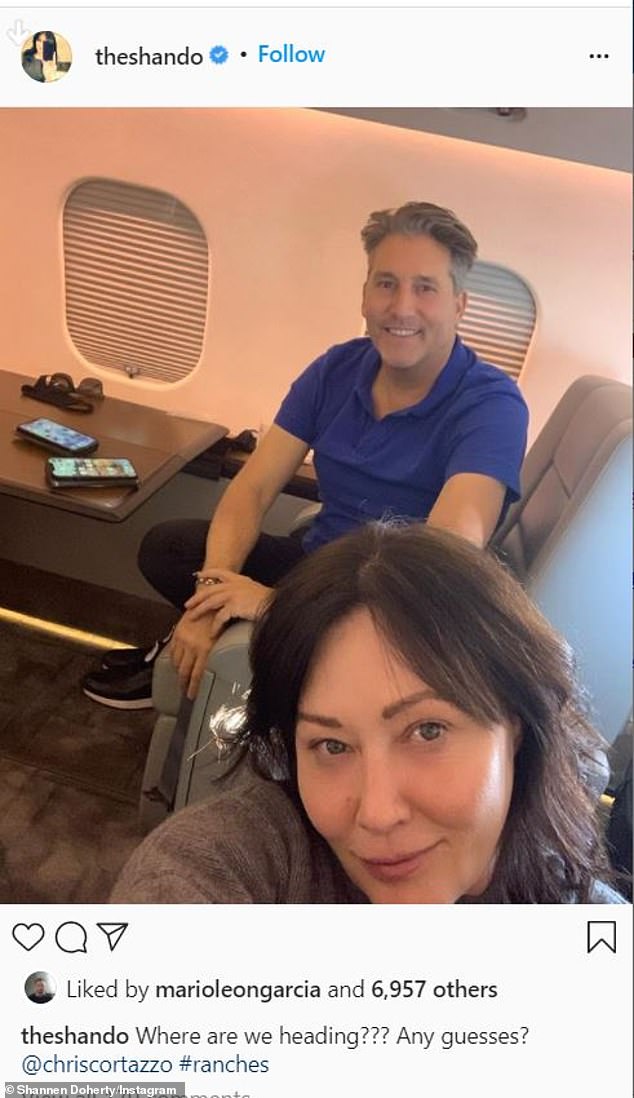 Guess where: The actress has took to Instagram on Friday and asked her fans and followers to guess where she and close friend Chris Cortazzo are traveling to in this photo  that was seemingly taken aboard a private plane