An American teacher has revealed exactly what it’s like shopping in Kmart in Australia.

The young woman made a TikTok showing off her usual Kmart experience which usually starts with ‘nipping in for one thing’.

In the video Sydney-based teacher Kaymie Wuerfel said she needed socks, before deciding to head to Kmart to get them. 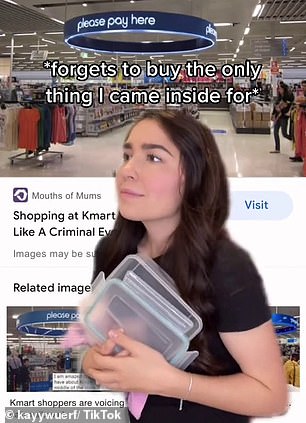 Titled: ‘My first time down the rabbit hole in Kmart’ the video shows Kaymie picking up almost everything except socks.

The video starts with the young teacher promising her husband she ‘won’t be too long’ after deciding to go into the popular store.

But five seconds later her facial expressions change as she spots some nice clothes.

She then acts out going through the homewares section.

‘I definitely need these candles,’ she says tucking them under her arm.

‘I totally need Tupperware, such a good deal,’ she said grabbing plastic containers.

She then showed her confusion at finding the checkouts in the middle of the store instead of at the exit.

Once checked out she revealed she didn’t buy the socks that she went in there for in the first place. 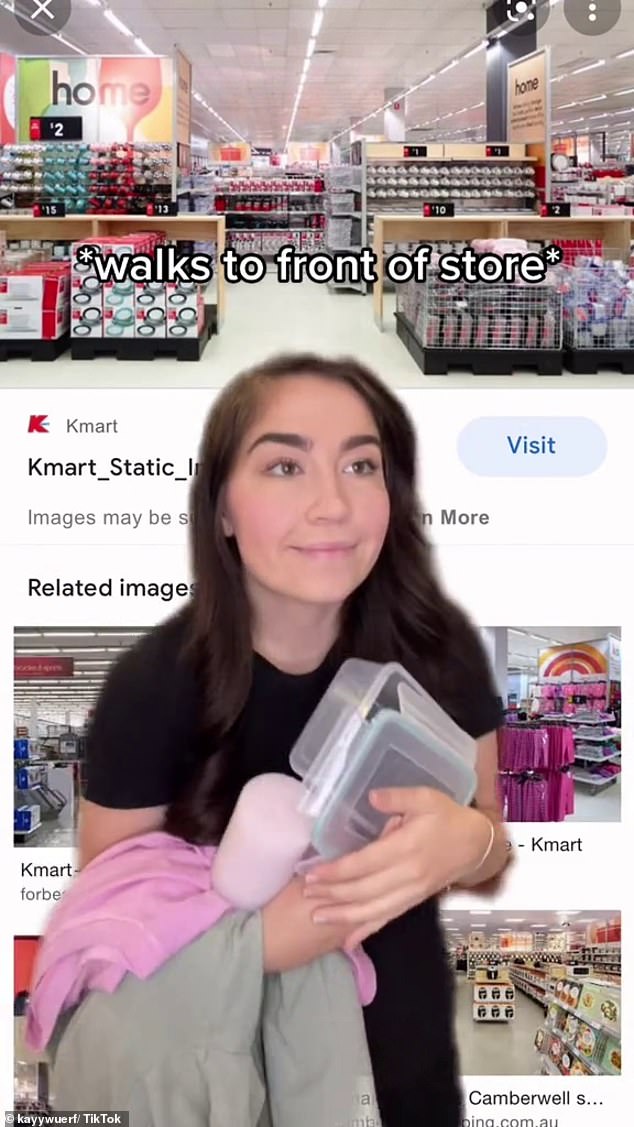 The cheeky video appeared to hit the spot with her audience – as it quickly went viral.

‘It still confuses me why we pay at the middle of the store,’ one woman said.

Others joked the young woman would soon be joining the Kmart Hacks Facebook Page which is popular among the stores’ shoppers. 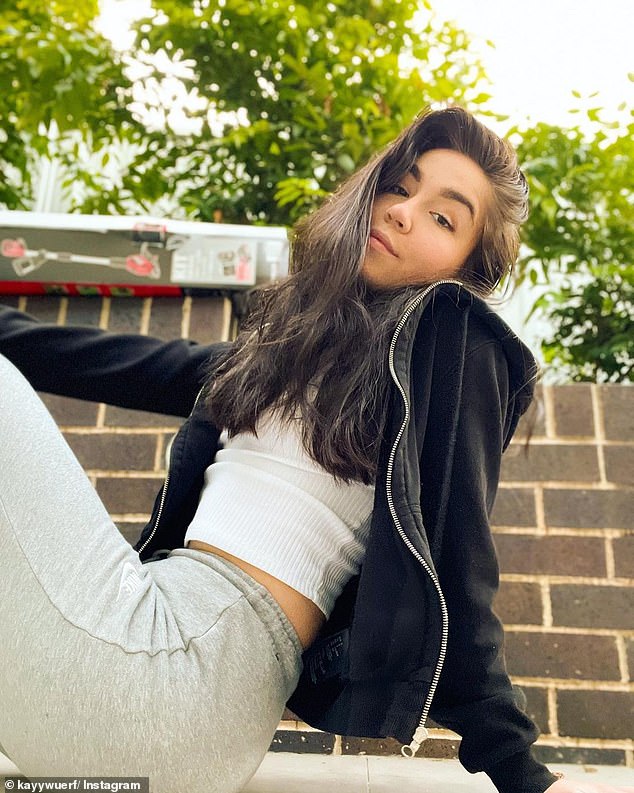 ‘The special buys aisle in Aldi is even worse, you end up with an arc welder or something else you never needed,’ said another.

Some people joked the Kmart experience in the video is not unique to Americans shopping at Kmart, that Australians go down the rabbit hole in the same way.

‘The Kmart experience is truly universal,’ one woman laughed.